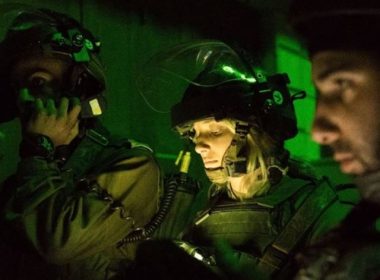 Israeli soldiers invaded, on Wednesday at dawn the town of Teqoua’, east of the West Bank city of Bethlehem, stormed and searched many homes and abducted eleven Palestinians.

The soldiers invaded Teqoua’ from several directions, after surrounding it, initiated extensive searches of homes, while interrogating many Palestinians and inspecting their ID cards, and abducted twelve.

In related news, the soldiers abducted at least six Palestinians; five in the southern West Bank district of Hebron, and one in Jenin, in the northern part of the West Bank.

Furthermore, Israeli army vehicles and bulldozers invaded an area northeast of Yatta town, south of Hebron, and bulldozed a recently rehabilitated road that was funded by international donors, to help connect Palestinian villages and towns in the area.

Rateb Jabour, the coordinator of the Popular Committee against the Wall and Colonies in Hebron, said the destroyed road was very vital in the area, and that the army has demolished and destroyed various internationally-funded projects, including those funded by the United States Agency for International Development (USAID) and the European Union (EU).