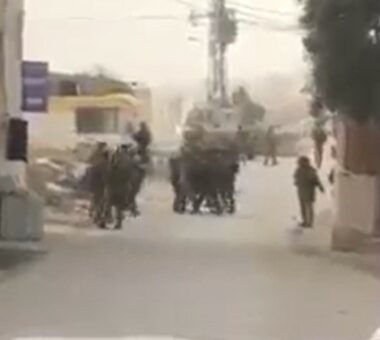 Israeli soldiers abducted Monday five Palestinians, including four siblings from their homes in Hebron governorate, in the southern part of the occupied West Bank. The army also summoned two journalists for interrogation.

The Palestinian Prisoners’ Society (PPS) has reported that the soldiers abducted a young man, identified as Amjad Salim Rajabi, from his home after invading and searching it. The two received phone calls from Israeli intelligence officers who ordered them to head to Etzion military base, next Wednesday.

The PPS added that the soldiers also invaded and searched many homes in the ath-Thaheriya town, south of Hebron, before abducting four siblings, identified as Mohammad, Ahmad, Wasim, and Mo’taz Aahed al-Aqabi.