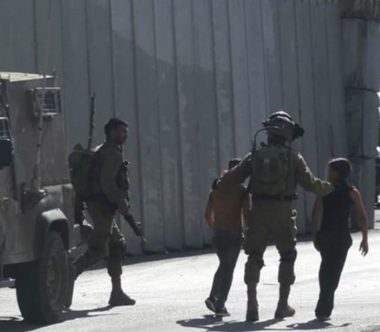 Israeli soldiers abducted, on Friday afternoon, four Palestinian children, injured another in the head, and caused many residents to suffer the effects of teargas inhalation, in Beit Ummar town, north of Hebron city, in the southern part of the occupied West Bank.

He added that the soldiers injured a teenage boy, 17 years of age, with a concussion grenade in the head, before he received treatment by medics of the Palestinian Red Crescent Society.