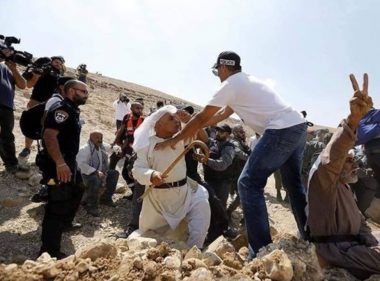 The soldiers closed all main and minor roads leading to the community since early morning hours, and issued tickets and fines for cars parked nearby.

The army then assaulted many nonviolent protesters, and abducted three, including an international peace activist, who tried to prevent the army from closing the roads and isolating the community.