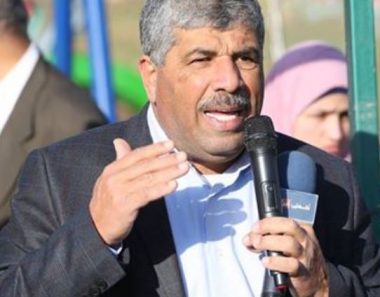 The Head of the National Committee against the Annexation Wall and Colonies, Waleed Assaf, said the Palestinian Authority will be heading to international courts over the Israeli decision to demolish the al-Khan al-Ahmar Bedouin community.

His statements came during an interview with the Palestinian Radio, regarding the developments and Israel’s intention to demolish the community.

He said that the committee with not be filing any more appeals with Israeli courts, since the judicial system is wired to serve the interests of the Israeli occupation.

“The courts are part of the tools used to legalize and legislate the theft of Palestinian lands, and the demolition of homes,” he said.

The official added that the Israeli judges only act within the lines of the Israeli colonialist policies, and are part of the ongoing ethnic cleansing of the Palestinians, not only in al-Khan al-Ahmar, but also all Bedouin communities around occupied Jerusalem.

Assaf added that the Palestinians, accompanied by a large number of Israeli and international peace activists, have been protesting the demolition and displacement rulings of the Israeli courts, especially since Israel announced its intention to demolish the community in the coming few days.

“The struggle will continue; our people will continue to defend al-Khan al-Ahmar,” he said, “There will be massive protests this coming Wednesday and Thursday.”