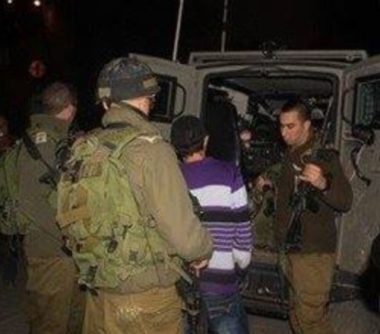 Israeli soldiers abducted, on Monday at dawn, four Palestinians, including a journalist, in Bethlehem and Hebron, in the occupied West Bank, the Palestinian Prisoners‚Äô Society (PPS) has reported.

It added that the soldiers also invaded and searched homes in Bethlehem city, and abducted Yousef Kawazba.

« Israeli Soldiers Abduct A Child, Assault A Man, In Hebron Soldiers Demolish A Shed, A Room And A Water Tank, Near Tulkarem »