Israeli Soldiers Abduct A Child, Assault A Man, In Hebron 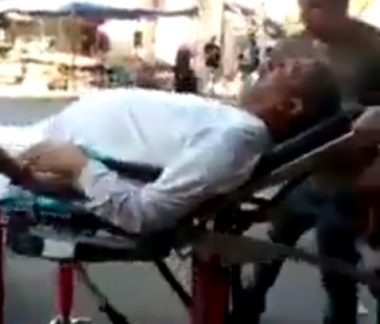 Israeli soldiers abducted, on Sunday evening, a Palestinian child, and assaulted a man causing various injuries, in Hebron city, in the southern part of the occupied West Bank.

The sources added that the man was rushed to Hebron Governmental Hospital, suffering lacerations and bruises to most of his body.

In addition, the soldiers invaded a restaurant in Bab az-Zawiya area, in Hebron, and ransacked it, causing serious damage.

The soldiers also fired many gas bombs and concussion grenades at residents, who protested the invasions, and forced shut many stores, after removing the Palestinians and assaulting some of them.