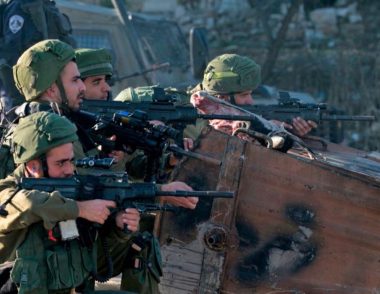 The soldiers attacked many Palestinians, who protested the invasion, and fired live rounds, rubber-coated steel bullets and gas bombs at them, and at many homes and shops.

In related news, the soldiers abducted four Palestinians, from their homes in Nablus and Hebron, in the northern and southern parts of the occupied West Bank, and invaded stores near Bethlehem before examining surveillance recordings.