Army Abducts Four Palestinians Near Ramallah, One Near Qalqilia 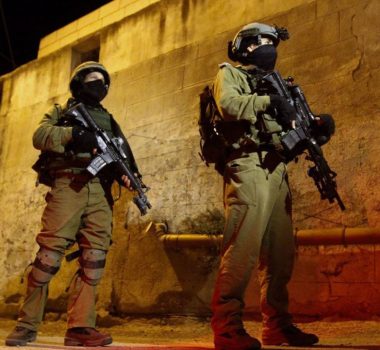 In addition, the soldiers invaded ‘Azzoun town, east of Qalqilia, also searched homes, and abducted a young man, identified as Sa’ad Bilal Sweidan, after assaulting and wounding him.

On Wednesday morning, the soldiers invaded Sateh Marhaba area in the al-Biereh city, and the al-Am’ari refugee camp, south of al-Biereh, in the central West Bank governorate of Ramallah and al-Biereh, injured seven Palestinians, including a woman, before abducting her son, who is reportedly involved in the death of an Israeli soldier in late May 2018.