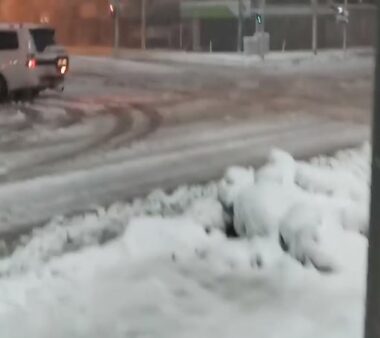 Israeli soldiers abducted, on Thursday evening, four young Palestinian men while playing in the snow in the Old City of Hebron, in southern West Bank.

Eyewitnesses said the soldiers abducted the four young men while playing in snow, which covered most of occupied Palestine, and were building snowmen and throwing snowballs at each other.

They added that the soldiers abducted Nizar Nasser Ghalama, 19, Ahmad Sa’id Rajabi, 18, Fahed Ata Ehrayyez, 21, and Amjad Jamil al-Adhami, 20, and took them to an interrogation facility in the city.