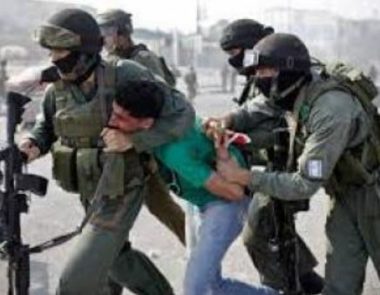 Israeli soldiers abducted, on Monday at dawn, nine Palestinians, including two children, after invading their homes and violently searching them, in Hebron, in the southern part of the occupied West Bank.

The abducted Palestinians were all moved to Etzion military base, north of Hebron, after the soldiers handcuffed and blindfolded them.

The soldiers also invaded many homes in Hebron city, and Yatta town, and installed roadblocks on roads leading to Sa’ir and Halhoul towns, and Hebron’s northern entrances, before stopping and searching many Palestinians, and their cars, and examined their ID cards.