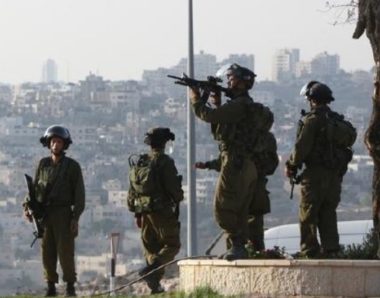 Israeli soldiers abducted, on Thursday at dawn, at least seven Palestinians, including three members of the same family, from their homes in several parts of the occupied West Bank, the Palestinian Prisoners’ Society (PPS) has reported.

The PPS said the soldiers conducted extensive and violent searches of many homes, and interrogated several Palestinians while inspecting their ID cards.

It added that the soldiers abducted a former political prisoner, identified as Jamal Karama, in addition his wife Hana Misk, and their son Jamil, from Hebron, in the southern part of the West Bank.

The soldiers assaulted the family while searching their home; the property has recently been subject to frequent military invasions, and the soldiers also confiscated Jamal’s car.