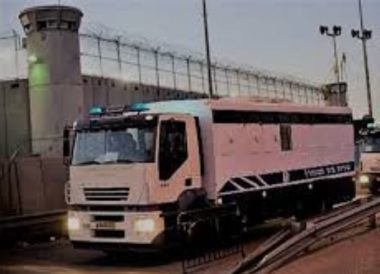 The Palestinian Prisoners’ Society (PPS) has reported, Thursday, that undercover Israeli soldiers assaulted many detainees in their room, in Ofer prison, built on Palestinian lands, west of the central West Bank city of Ramallah.

The PPS said the undercover officers of the “Israeli Prison Service” stormed room #9 of Section #15 in Ofer prison, and repeatedly assaulted many detainees.

It stated that ten detainees are held in the room, one of them identified a Mohammad Zaghloul, from the central West Bank city of Ramallah, and is serving a 20-year prison sentence, suffered numerous cuts and bruises to several parts of his body, including under his eyes.

Following the attack and injuries, the detainees decided to return their meals in all sections of the facility, to protest the violation.