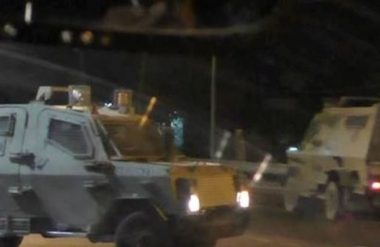 Israeli soldiers abducted, on Thursday at dawn, ten Palestinians in the West Bank governorates of Nablus, Bethlehem and Hebron, after the army stormed and violently searched many homes.

Another Palestinian, identified as Mohammad Naim Taqatqa, 24, was abducted from his home in Beit Fajjar town, south of Bethlehem.