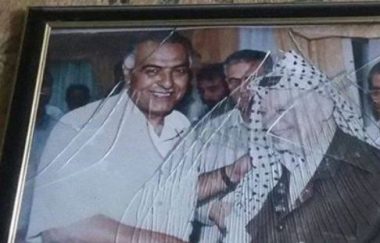 The Palestinian Prisoners Society (PPS) has reported that Israeli soldiers have kidnapped, on Thursday at dawn, the former mayor of Ethna town, west of Hebron, in the southern part of the occupied West Bank.

The Hebron office of the PPS said the soldiers invaded the home of Jamal Tmeizi, 61, violently searched it, causing excessive property damage, and abducted him.

It added that the soldiers invaded the town from several directions, and surrounded the former mayor’s home.

Also at dawn, the soldiers invaded many homes in Jenin city, and Jenin refugee camp, in the northern part of the occupied West Bank, abducted two Palestinians, briefly detained and interrogated two others

In addition, the soldiers invaded, overnight and during early dawn hours dozens of homes in different parts of occupied East Jerusalem, and violently searched them, before abducting 24 Palestinians, including one woman and nine children.