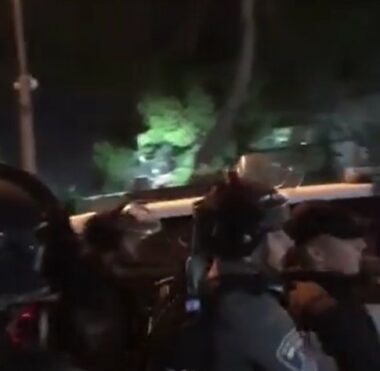 Local sources said the soldiers attacked dozens of Palestinian protesters in the town and abducted three children who remained unidentified at the time of this report.

They added that the invasion and the abduction of the children took place during protests which took place shortly after an Israeli colonialist settler rammed a young man with his car.

Several Palestinians were injured during the invasion, and the soldiers also invaded the al-Makassed Hospital looking for wounded Palestinians.

In addition, a Palestinian woman, identified as Raghda Abu al-Hawa, was shot by the soldiers with a rubber-coated steel bullet in the head when they invaded the town and was rushed to the al-Makassed hospital.

On Sunday evening, the soldiers abducted Ahmad Nael Odah, 17, and Aysar Abu Sneina, 21, near a military roadblock at the northern entrance of Qalqilia, in northern West Bank.