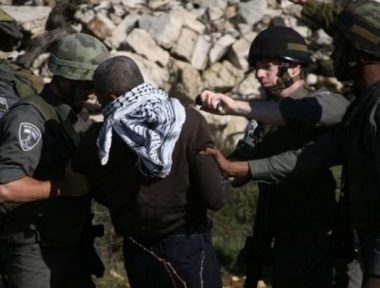 They added that the three Palestinians were cuffed and blindfolded, before the army moved them to a detention and interrogation center in Jerusalem.

In related news, the soldiers issued orders barring seven Palestinian women from entering the Al-Aqsa Mosque, for one week.

The women were detained, on Thursday evening, while leaving Al-Aqsa, and were sent to an interrogation facility, before being released later.

They were also ordered to head back to a police station, next Thursday, for further interrogation.

In addition, the army released Fadi Oleyyan, one of the guards of the Al-Aqsa Mosque, one day after abducting him along with many Palestinians, including several guards of the holy site.