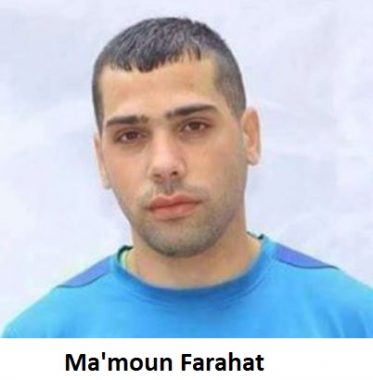 On Wednesday evening, the soldiers invaded the al-’Isawiya town, in the center of Jerusalem, and abducted Mohammad Zakariya ‘Oleyyan and Anas Dirbas, and took them to an interrogation facility.

The soldiers were also extensively deployed in front of the local mosque, stopped and searched many Palestinians, and interrogated them while inspecting their ID cards.

It is worth mentioning that the town is subject to a strict military siege for the fortieth consecutive day.

On Wednesday morning, the soldiers abducted Ma’moun Farahat, just moments following he was released from the Negev detention camp, after spending five years in prison.

His lawyer, Mofeed al-Hajj, said Ma’moun was abducted and transferred to the al-Maskobiyya interrogation center, in Jerusalem.

The detainee was not allowed to see or talk to his parents after his release, and was instantly abducted and sent to the interrogation facility without any explanation or warrant.