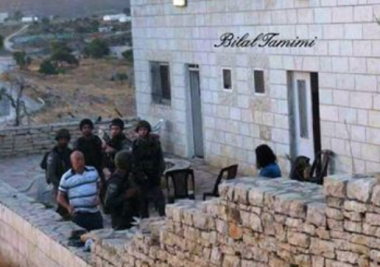 Israeli soldiers invaded, on Wednesday at dawn, the villages of Deir Ghassana and Nabi Saleh, northwest of the central West Bank city of Ramallah, attacked several Palestinians in their homes, before abducting three young men, and wounding a family.

The soldiers attacked the families of the two detainees, in addition to invading the home of Mahmoud Tamimi, before assaulting him and his family, causing various cuts and bruises; local medics rushed them to a hospital in Ramallah.

Furthermore, the soldiers invaded Deir Ghassana village, and abducted Majd Abdul-Basset Sho’eibi, after storming his home and assaulting him along with his family.