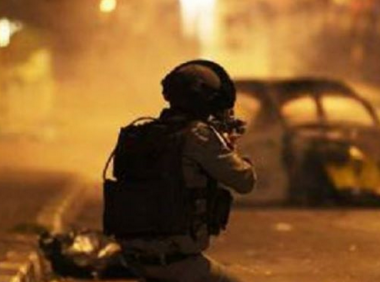 The Palestinian Red Crescent (PRC) said its medics rushed to the town, and provided the needed treatment to eleven Palestinians, who suffered the effects of teargas inhalation, three who were shot with rubber-coated steel bullets and two others who suffered burns.

On Tuesday evening, PRC medics provided medical treatment to 34 Palestinians, including the Khatib of al-Aqsa Mosque in Jerusalem, and moved at least fourteen others to hospitals, including one who suffered a serious injury, after the soldiers attacked dozens of Palestinians in the Tribes Gate area, and Jerusalem’s Old City.