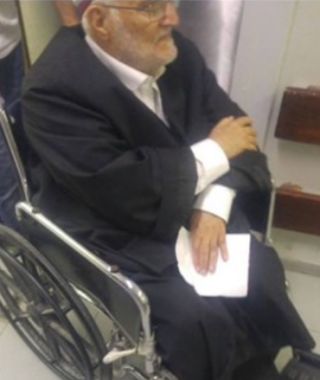 Palestinian Red Crescent (PRC) medics have provided medical treatment to 34 Palestinians, including the Khatib of al-Aqsa Mosque in Jerusalem, and moved at least fourteen others to hospitals, including one who suffered a serious injury, after Israeli soldiers attacked dozens of Palestinians in the Tribes Gate area, and Jerusalem’s Old City.

The soldiers fired dozens of gas bombs, concussion grenades and rubber-coated steel bullets at the Palestinians who gathered in the streets to perform evening prayer, after preventing them from entering al-Aqsa Mosque.

The PRC said one of the wounded Palestinians was shot with a live round in the chest, and is currently in a serious condition.

It added that the Khatib of the Al-Aqsa Mosque was shot with a rubber-coated steel bullet in the back, in addition to suffering various cuts and bruises.

The soldiers also fired a concussion grenade at a PRC ambulance, in addition to attacking medics in another ambulance.