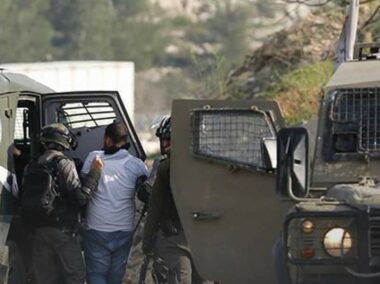 Israeli soldiers abducted, on Tuesday at dawn, three Palestinians and injured one of them, in Kifl Hares town, north of Salfit In central West Bank. The three young men were released a few hours later.

They added that the soldiers took the three Palestinians to a military base where they detained them for several hours, and released them in the morning.

During the invasions and violent searches of homes, the soldiers assaulted and injured a lawyer, identified as Abdul-Qader Zayed Shaqqour, who was among the three detained Palestinians, causing various injuries, especially to the head.

After his release, the Palestinian medics rushed Abdul-Qader to Yasser Arafat hospital, in Salfit.