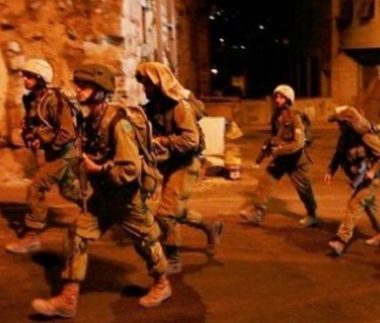 The Bethlehem office of the Palestinian Prisoners Society (PPS) said the soldiers invaded the home of Salam al-Masa’eed and violently searched it, before abducting his two children.

The PPS said the children have been identified as Mohammad, 15, and his brother, Anas, 14, and added that the soldiers cuffed them and took them to an unknown destination.

Also on Tuesday at dawn, the soldiers several communities in the southern West Bank district of Hebron, abducted one Palestinian, and installed many roadblocks.