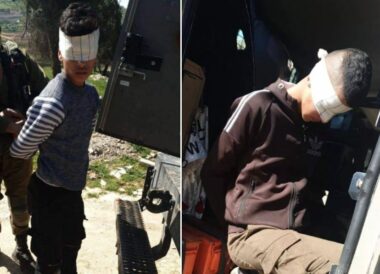 The sources added that the soldiers also abducted two children, identified as Husam Salam al-Maqousi, 16, and Ala’ al-Karnaz, 16, while walking near the main entrance of the al-‘Arroub refugee camp, north of Hebron.

On Thursday at dawn, the soldiers abducted at least eleven Palestinians from their homes in several parts of the occupied West Bank, the Palestinian Prisoners’ Society (PPS) has reported.