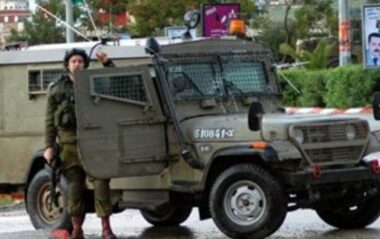 They added that the soldiers abducted Azzam Rajabi, 45, and Jibrin Jamil Rajabi, 40, and took them to a nearby military base.

The Palestinians were trying to plow and plant their lands in the area, but the colonizers were gathered in large numbers and did not allow them to reach the lands.

In related news, the colonizers attacked many Palestinian homes in the center of Hebron city in the southern part of the occupied West Bank.