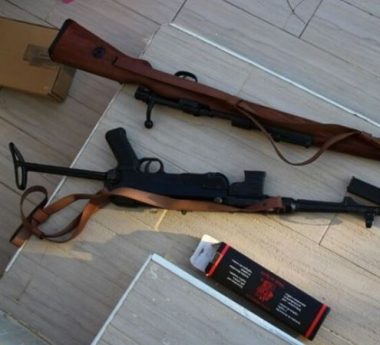 Israeli officers abducted, Friday, two Palestinians in occupied East Jerusalem, during searches of many homes, in what the army and police called “a campaign to locate and confiscate illegal weapons.”

The police said it located three different types of weapons, in addition to ammunition, before arresting the two Palestinians.

It added that the campaign was carried out in cooperation between the police and intelligence officers, and targeted specific homes in East Jerusalem.

According to the police, a loaded pistol was located hidden on the rooftop on one home, while two rifles and ammunition were found in the bedroom of another Palestinian.

Both Palestinians were cuffed and blindfolded, before being moved to an interrogation facility.