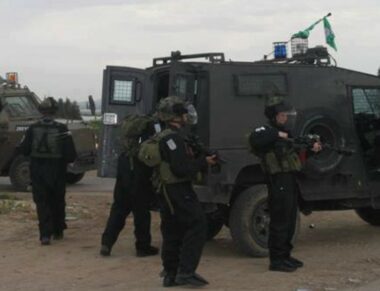 Furthermore, many army jeeps invaded the southern area of Hebron city before the soldiers invaded and ransacked the homes of Zeid Ja’bari and Faraj Hussein and abducted Zeid.

In Jenin, in northern West Bank, the soldiers installed a military roadblock at the entrance of Zabbouba village, west of the city, before stopping and searching dozens of cars, and interrogated the Palestinians while inspecting their ID cards.