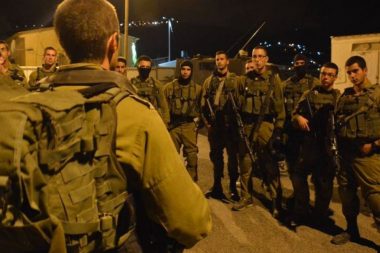 Israeli soldiers abducted, Monday, two young Palestinian men, including one who was taken prisoner from the Al-Aqsa Mosque compound, in occupied East Jerusalem.

The soldiers also ambushed a Palestinian in a courtyard of the Al-Aqsa Mosque, and abducted him before moving him to an interrogation center in the city.