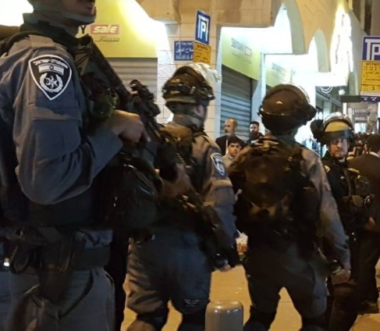 Israeli soldiers invaded, late on Saturday at night, the town of Silwan, south of the Al-Aqsa Mosque, in occupied Jerusalem, and abducted two young men.

They added that the soldiers abducted Mahmoud Jamal Gheith, and Mo’taz Rajabi, 22, from the neighborhood and took them to an interrogation facility.

During the invasion, many Palestinian youngster hurled stones at the soldiers, while the army fired gas bombs and concussion grenades