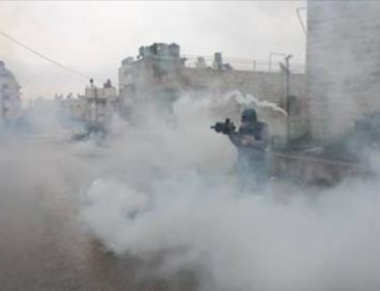 Palestinian medical sources said the soldiers shot the young man with a rubber-coated steel bullet in his head, causing a fracture in his skull and a brain hemorrhage.

The Palestinian was instantly rushed to a hospital, where he was admitted to surgery, and remains in a critical condition.

It is worth mentioning that dozens of soldiers invaded the al-Baloa’ area in al-Biereh, on Saturday evening, after a number of live rounds were fired at a bus for colonialist settlers driving nearby.

The soldiers initiated extensive and violent searches of homes and stores, and confiscated surveillance recordings and equipment.