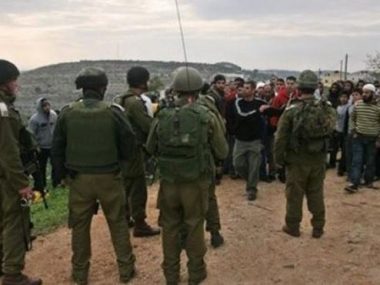 The nonviolent protesters marched from the center of the village, while chanting against the ongoing Israeli occupation and escalation, and the illegal U.S. recognition of occupied Jerusalem as the unified capital of Israel.