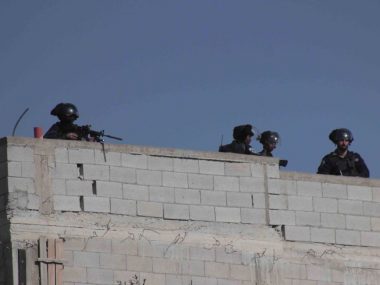 Medical sources have reported, Friday, that several Palestinians and international activists suffered the severe effects of teargas inhalation, after Israeli soldiers assaulted the weekly procession against the Annexation Wall and colonies, in Kufur Qaddoum town, in the northern West Bank district of Qalqilia.

The procession started from the center of the village in front of the local mosque, directly after noon prayers, before the soldiers assaulted the protesters and fired many gas bombs, concussion grenades and rubber-coated steel bullets.

Palestinian medics said they provided the needed treatment to many persons who suffered the severe effects of teargas inhalation.

Morad Eshteiwy, the media coordinator of the Popular Committee in Kufur Qaddoum, said the soldiers occupied the rooftop of an under-construction home, and used it to fire on the protesters. 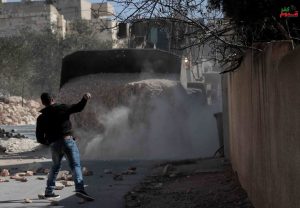 Also on Friday, the soldiers attacked, Friday, the weekly nonviolent protest in Ni’lin village, west of Ramallah in the west Bank, causing several Palestinians to suffer the effects of teargas inhalation.

The weekly nonviolent protest was also held in Bil’in village, near Ramallah, in central West Bank.