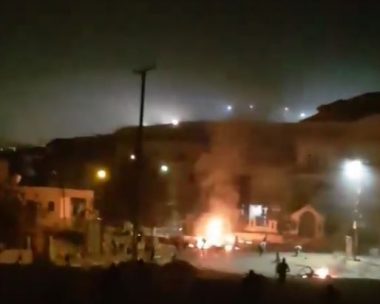 The sources added that the soldiers also invaded the home of Mohammad Tareq Dar Yousef, 17, who was killed on July 26th, and handed his family a demolition order targeting their home.

It is worth mentioning that Mohammad was killed in Adam illegal Israeli colony, after he reportedly stabbed three colonialist settlers, killing one identified as Yotam Ovadia, 31,

The demolition order, an act of illegal collective punishment, states that the home would be demolished by September 13th.

The invasion led to protests in the village, as many youngsters burnt tires and hurled stones at the military jeeps, while the soldiers fired live rounds, rubber-coated steel bullets and gas bombs.