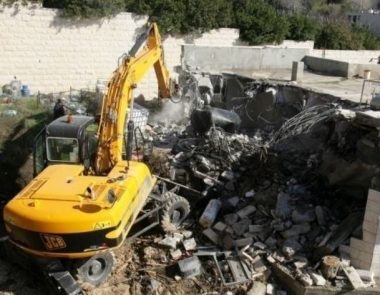 Media sources in Jerusalem said dozens of soldiers surrounded and invaded the area, after declaring it a “closed military zone.”

The soldiers then proceeded to demolish the building, in addition to detaining and interrogating several Palestinians.

In related news, the army invaded Kardala village, in the West Bank’s Northern Plains, and demolished several barns owned by a few shepherds.