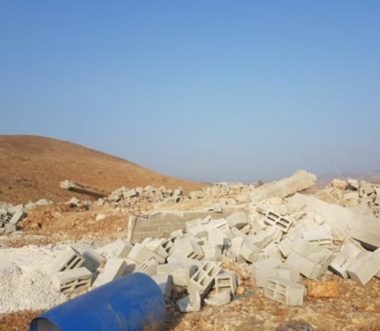 Bisharat added that, a month ago, the soldiers handed the Palestinian an order for the demolition of his property.

The soldiers surrounded the area of the property, and demolished it, before withdrawing.