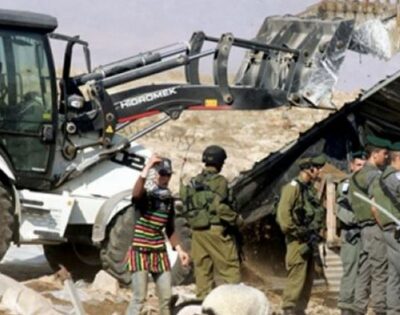 Salah added that the soldiers then demolished the two facilities, owned by the sons of the late Hussein Abu Ghalyoon Issa, used for repairing and washing cars.

The Israeli army claims the facilities were constructed without permits from the so-called “Civil Administration Office,” the administrative branch of its illegal occupation.