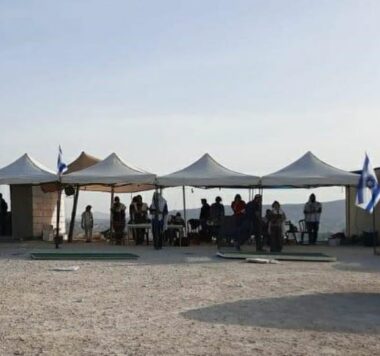 A group of fanatic illegal Israeli colonists installed, on Tuesday night, an outpost on Palestinian lands, owned by residents of Beita, Yitma, and Qabalan towns, south of the northern West Bank city of Nablus.

He added that the outpost was installed in Sbeih Mountain which has been subject to frequent Israeli violations over the last several years, including attempts to illegally annex Palestinian lands to build new colonies.

It is worth mentioning that, on Tuesday, the Israeli government approved a law allowing the retroactive “legalizing” colonialist outposts that were installed by the colonists on Palestinian lands in the West Bank.