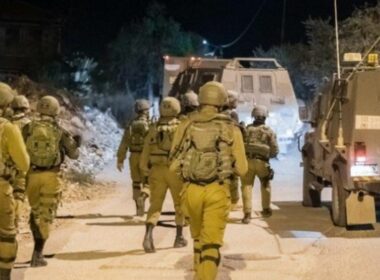 Media sources said several army jeeps invaded the town before the soldiers broke into and ransacked many homes, causing damage.

During the invasion and searches of homes, the soldiers interrogated many Palestinians while inspecting their ID cards, and installed military roadblocks.