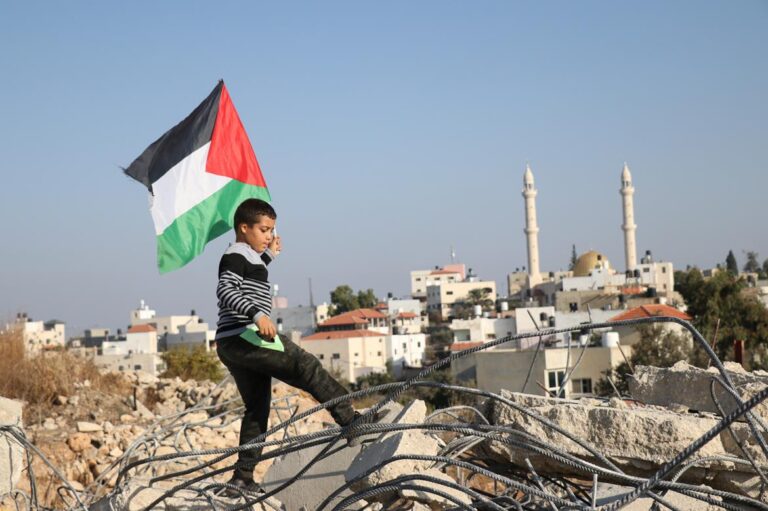 Sources told Palestinian News and Information Agency (WAFA) that the army destroyed the four structures, belonging to a local resident, under the pretext of being built without a permit.

Abdul-Rahman Tmeizi, the Director of Idna Municipality’s Public Relations Department, told WAFA that soldiers invaded the western part of the town and handed the stop work orders and threatened the home-owners with demolition if they continued building.

Furthermore Israeli forces, on Monday, disassembled fabricated structures which were being used as classrooms and a fence that surrounded the school, in the northern Jordan Valley, according to a local official.

Mu’taz Bisharat, a Palestinian Authority official, told Quds News Network that soldiers invaded the area and tore down the pre-constructed classrooms for the Al-Maleh school, a clinic, and confiscated the fence that surrounded the school.