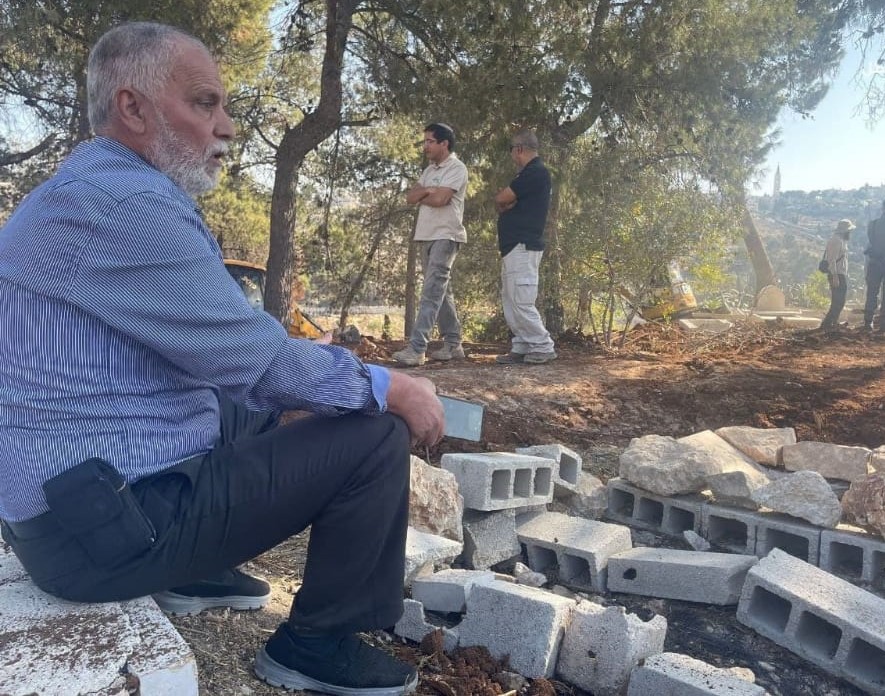 The Israeli municipality, on Tuesday, persisted with its defiling of the Islamic al-Yousofiyya cemetery in Jerusalem, for the second consecutive day, the Palestinian News and Information Agency (WAFA) reported.

According to witnesses, the Israeli ‘Nature Reserve Authority’ razed the graveyard and violated grave sites, with no regard for the suffering of the Palestinian families of the deceased.

Witnesses added that the municipal workers ravaged headstones and graves and proceeded to raze the land, while police forcibly expelled the families who objected to the desecration of their loved ones’ graves.

The occupation authorities plan to build a national biblical park over the historic site for the benefit of the illegal Israeli colonists, at the expense of the indigenous Palestinian people.

A video from Quds News Network shows illegal Israeli settlers cutting olive trees at the Cemetery, under protection of the occupation army.

In addition, the soldiers attacked dozens of Palestinians who were performing evening prayers near al-Yousofiyya cemetery, and fired concussion grenades at them, before abducting a young man, identified as Laith Shalabi.

On Monday, the municipality of West Jerusalem razed parts of the historic graveyard, detained a young man while he sat at his grandfather’s grave site, and harassed a grieving mother who refused to leave the grave site of her deceased son.

This situation is ongoing, as local Palestinians continue to protest the occupation authorities’ continued violations.