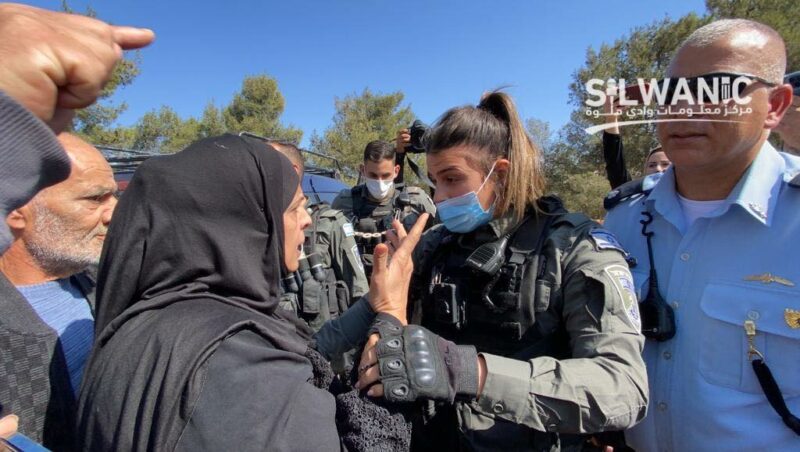 Israeli forces, on Monday, returned to the Islamic al-Yousofiyya Cemetery to resume razing the historic grave site in the occupied city of Jerusalem, a local Palestinian official reported.

Head of the Committee for the Preservation of Islamic Cemeteries in Jerusalem, Mustafa Abu Zahra, told Palestinian News and Information Agency (WAFA) that Israeli municipal crews from the ‘Nature Protection Authority’ levelled parts of the historic site, located near the walls of the Old City of Jerusalem.

The Wadi Hilweh Information Center in Silwan (Silwanic) reported that Israeli police detained a Palestinian young man, identified as Omar Al-Rashed from the cemetery while he was sitting at his grandfather’s grave site.

Officers attempted to remove a grieving mother from the grave site of her son, to which she responded, “Bury me next to my son, I will not leave here.”

The occupation authorities plan to destroy the cemetery and build a national biblical park, south of the old city of Jerusalem, with no regard or respect for the families of those buried at the site.