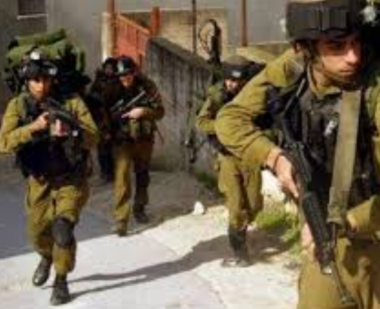 Israeli soldiers invaded, Friday, Orif Palestinian village, south of the northern West Bank city of Nablus, and opened fire at a car, before briefly detaining a teenage boy, and caused many Palestinians to suffer the effects of teargas inhalation.

He added that several Palestinians suffered the effects of teargas inhalation and received the needed treatment.

The soldiers also detained Mahmoud Zahi Shehada, 16, and opened fire at his father’s car, when he tried to talk to them, causing damage, and released the son shortly afterwards.