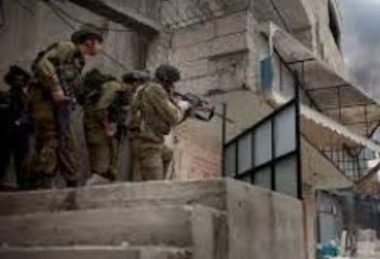 The four were cuffed before the soldiers took them to Etzion military base and security center, south of Bethlehem.

The soldiers also installed roadblocks in a few areas near Bethlehem, before stopping and searching several cars, and interrogated many Palestinians while inspecting their ID cards.