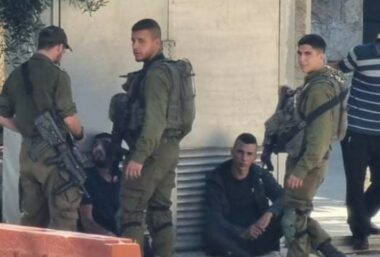 Israeli soldiers detained and interrogated, Tuesday, four Palestinians, including two children in Jaber neighborhood in the Old City of Hebron, in the southern part of the occupied West Bank.

In addition, the soldiers detained, searched, and interrogated two young men in the same area, and examined their ID cards before releasing them.