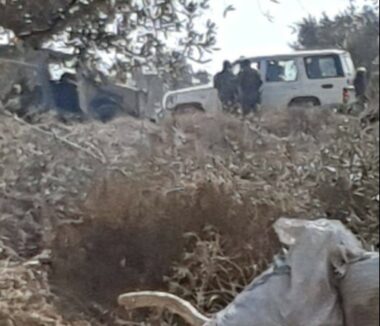 It is worth mentioning that the attacks have escalated since the beginning of the olive harvest season, and have led to the torching of Palestinian farmlands and orchards, the bulldozing and uprooting of lands, especially olive trees, in addition to the physical assaults against the Palestinians while picking their olive trees.

In addition, the soldiers detained and interrogated four Palestinians, including two children in the Jaber neighborhood in the Old City of Hebron, in the southern part of the occupied West Bank.