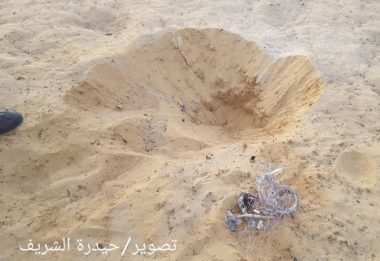 An Israeli military drone fired, on Sunday evening, a missile at Palestinian protesters near the Great Return Camp, east of Rafah, in the southern part of the Gaza Strip.

On its part, the Israeli army said its drone fires a missile at Palestinians “flying flammable balloons into Israeli settlements across the fence.”

It is worth mentioning that Israeli drones have been flying over various parts of the Gaza Strip, while sounds of explosions, apparently controlled explosions by the army in Palestinian lands near the perimeter fence, were also heard.