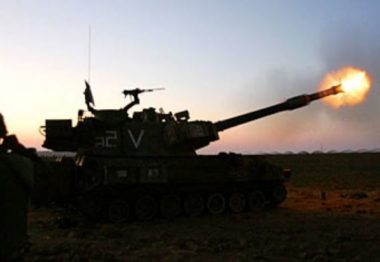 Media sources in Gaza said the soldiers fired shells into two buildings, reportedly used by the al-Qassam Brigades, the armed wing of Hamas, causing damage to the structures and some surrounding buildings.

They added that the attack did not lead to casualties, while firefighters and rescue teams rushed to the two sites.

In addition, the soldiers fired dozens of rounds of live fire at a site east of the al-Boreij refugee camp, in central Gaza, while military drones flew across the eastern parts of the coastal region.

The Israeli army issued a brief statement claiming it was responding to shells fired from the Gaza Strip, into nearby Israeli areas.