Army Fires Many Missiles Into Gaza 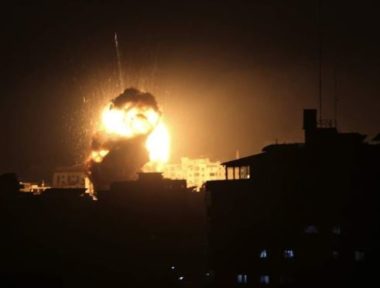 The Israeli Air Force fired, on Wednesday at dawn, several missiles into a few areas in the besieged Gaza Strip, causing serious property damage. The army claimed it was retaliating to homemade shells reportedly fired from Gaza.

They added that the army also fired at least one missile into an area, west of Gaza city, causing property damage, in addition to anxiety attacks among many children.

More missiles were fired into a site, believed to be run by an armed resistance group, west of Khan Younis, in the southern part of the Gaza Strip.

In a short statement, the Israel army claimed it was retaliating to two shells reportedly fired from Gaza into the southern part of the country, and that one of the shells was downed.