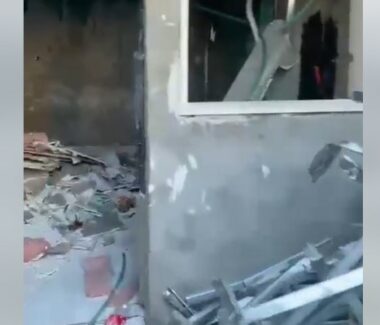 Israeli soldiers forced Thursday, a Palestinian to demolish his home in Sur Baher town, south of occupied Jerusalem, in the West Bank.

Media sources said the Palestinian, Mohannad Abu Kaf, had to demolish his home after exhausting appeals against the destruction of his property.

They added that the City Council in occupied Jerusalem refused to grant the Palestinian a construction permit and forced him to destroy his property or face excessively high fines and fees and the demolition costs if the city used its workers and equipment.

While Israel continues to build and expand its illegal colonies, Palestinian communities and towns in occupied Jerusalem, and various areas in the occupied West Bank, continue to be denied the right to build homes and property.