Updated: Army Kills One Palestinian, Injures 30, Including 4 Children And One Medic, In Gaza 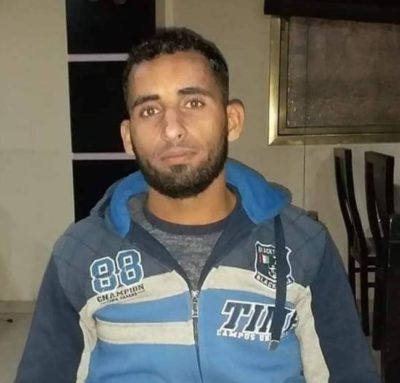 Israeli soldiers attacked, Friday, the weekly Great Return March processions on Palestinian lands along the eastern areas of the Gaza Strip, killing one Palestinian and wounding 30, including four children, and one medic who was shot in the head.

The Palestinian Health Ministry in Gaza has confirmed that the soldiers killed Abdullah Jom’a Abdul-‘Al, 24, after shooting him in teh pelvis, east of Rafah, in the southern part of the Gaza Strip.

It added that the soldiers also injured thirty Palestinians, including four children, and a volunteer medic, who suffered a head injury while providing treatment to wounded Palestinians.

The medic, identified as Mohammad Abu T’eima,  was shot as he, and several other medics were providing treatment to wounded protesters, who were shot by the soldiers on Palestinian lands, east of Khan Younis, in the southern part of the coastal region.

Eyewitnesses said the soldiers resorted to the excessive use of force against the protesters by firing a barrage of live rounds, rubber-coated steel bullets and high-velocity  gas bombs at them.